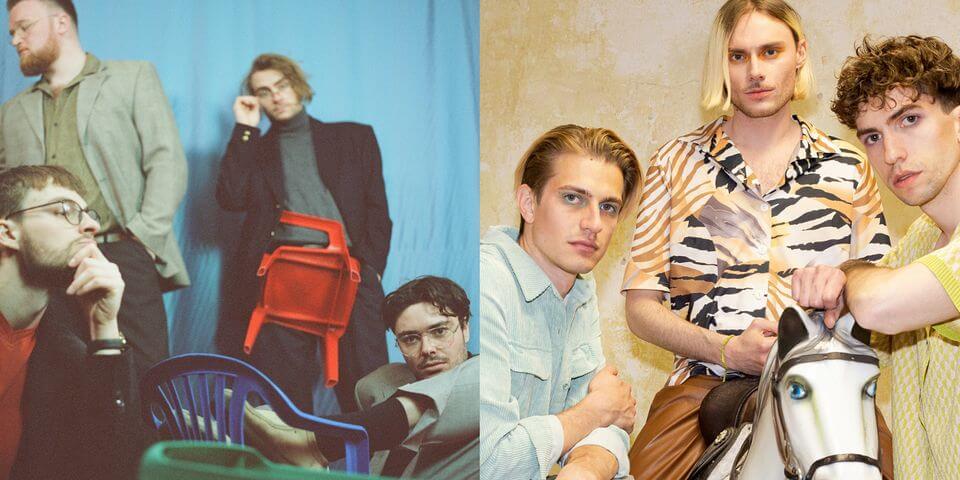 KEI CAR absorb the influences of the pulsating metropolis Berlin and create a sound that swings back and forth between psychedelic textures and raw funkiness, to ultimately be nothing but irresistibly catchy pop. KEI CAR are four guys from all over the city sharing a long-lasting friendship and a passion for songs that transport to another time and place in an instant. Powerful indie tunes and energetic live performances make them one of the top upcoming acts of 2022.

YUUN are we still waiting for the future or are we already running after ourselves? Are we lost in space or in between places? YUUN from Würzburg have set their sights high for their new album „I’ve Got My Head In The Cloud, But The Server Is Down“. Hardly any German band puts so much emphasis on their sound, while at the same time writing such substantial yet accessible songs. And who voluntarily takes it upon themselves to need flashlights and walkie-talkies for album recording? Without them, it’s simply impossible to find your way around the slowly decaying former MDR broadcasting building and its many studios. In this lost space in Weimar YUUN have made themselves at home for the duration of the recordings. They found furniture for their improvised recording studio scattered throughout the house. A table from the large former dance hall, a chair from the basement, where the mold grows centimeters thick and furry from the walls, so that it is already difficult to breathe after 10 minutes. When they are out at night in the huge, creepy corridors of the building, which dates back the Nazi era, Basti, Jannis and Max from YUUN communicate with the help of three small colorful toy walky-talkies so as not to get lost.KEI CAR absorb the influences of the pulsating metropolis Berlin and create a sound that swings back and forth between psychedelic textures and raw funkiness, to ultimately be nothing but irresistibly catchy pop.